(The following editorial is a matter of opinion. The author has no inside knowledge of the subject and all thoughts herein are purely speculative in nature.)

The hubris gained from being suddenly world-famous has turned Gadsby into somewhat of a social justice monster, popping up on award shows to lecture the masses about the horrors of white masculinity, and teaming up with other reactionary mentally unbalanced Hollywood insiders like Ellen Page to reimagine what Casablanca may have looked like if the entire cast were autistic lesbians.

But how did an anonymous art museum guide like Hannah Gadsby suddenly become a media darling during a time when LGBTQA++ women are supposedly the prime target of oppression and exclusion?

Well, two reasons. One–because the previously mentioned oppression narrative is clearly false; and also–it is my assertion–that her powerful story of trauma/sexual assault, which she painfully hashes out in an expressly rehearsed and manufactured fashion during her special, is little more than performance art…a fiction.

Obviously, I can’t prove this theory, and I don’t suspect anyone can. However, it is my prediction that this fabrication will be brought to light sooner or later, especially with her 2nd special on the way. The more interviews she does, and the deeper any examination goes into her life, the more likely–should I be correct–this information is to come out.

We have seen the personality type of Hannah Gadsby far too frequently, especially in recent years. She is entirely wrapped up in a sociopolitical narrative that she desperately needs to be true. 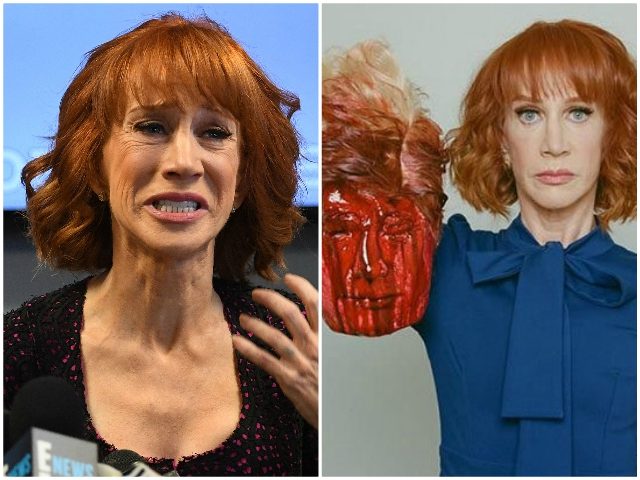 We saw this in comedians like Kathy Griffin, making a gruesome artistic depiction of a beheaded President Trump, asserting her bravery and power; then immediately crumbling into victim status when people reacted with disdain.

We saw this in the public hearings of Brett Kavanaugh, where political opportunists claiming to be victims of sexual assault attempted to destroy a man’s life and career because of the notion that he may be politically opposed to unlimited abortion.

We saw this in the not-so-carefully orchestrated hate crime hoax by Jussie Smollett, scripting and attempting to essentially “film” his own victimization. The entire ordeal was the work of a man driven to near insanity by a culture and society that was too accommodating and inclusive to possibly meet his expectations of oppression.

And then there are the subtleties; the fake crimes and false accusations that either don’t make national news, or generate a stir and then fizzle out and become forgotten: desecration of Jewish graveyards that turn out to be soil erosion, hate-group symbols sprayed in parks that turn out to be the work of some edgy youths, actresses mistaking utility markings for symbols of hate, or politicians mistaking seasonal pollen increases for a white supremacist attack.

I believe Hannah Gadsby’s almost universally lauded Netflix special to be little more than another one of these displays of self-destructive behavior for the sake of sympathy and gratuity in a time when all you need to be (at least temporarily) famous is a tale of victimhood.

The story enables her to continue to reaffirm the narrative of oppression. It enables her to go unquestioned and unchecked as she finger-wags and scolds the elite “white” oligarchy of Hollywood who she (shockingly) refers to as “the Jimmies.”

Nanette is a character created by Hannah Gadsby.

In the same way that other alt-comics have created on-stage personas to allow certain jokes to fly, Hannah uses Nanette as her shield. Comedians like David Cross and Sarah Silverman would often take on the role of a racist or a bigoted buffoon to get an uproarious laugh through the lens of hate.

Of course, David Cross now serves a new master and Sarah Silverman is imagining swastikas in the streets (see above). Nanette was sexually assaulted “in her prime,” laughed at, and left for trash. But Nanette is a fictional character invented by the self-described hyper-active, attention deficit, autistic imagination of Hannah Gadsby.

The painful tale, that she expresses effectively with a wide range of rehearsed and contrived emotion, is a means to what she sees as a socially productive end; and to people like Hannah Gadsby, the ends are always justified by the means.

Like everyone else caught in situations like this, she will inevitably explain it as such when she is forced to atone for “duping” the masses into feelings of empathy.

To Jussie Smollett, feigning a racist/homophobic/political/anti-Semitic attempt on his life is justifiable if it gets people talking about real hate, fear and bigotry.

Similarly, to Hannah Gadsby, playing a character of an oppressed minority, victimized by the most horrific scenarios one could potentially imagine, opens the door for her to really take on the projected and perceived “evils” of society.

To Gadsby, those “evils” are men–specifically, men who don’t find her act endearing or appealing. To Smollett, those “evils” are straight, white males who support President Trump. The crossover between these two demonic effigies is not difficult to imagine.

Surely her new stand-up special Douglas will be a similar piece of social justice performance art, perhaps straw-manning her new male title character as a bigot, or lampooning a fake “nice guy.” (Actual prediction: the show, named after her dog will be a thesis on how she dreams all men were like her dog; quiet, obedient, bashful, innocent, and always looking to her to be fed or scolded)

What if I’m wrong, and Hannah Gadsby is/was a victim of a despicable act of sexual violation? It still wouldn’t excuse the violent and aggressive takeover of both the comedy scene and all entertainment media by those dedicated to cutting the legs out from under the giants whose shoulders they stand on.

By all means, excommunicate the monsters, the serial harassers, the corrupt gears in the evil machine; but causing entire industries to devolve into self-flagellation, hand-wringing introverts, wondering when it may be OK to be funny or entertaining again is not the path to be treading with such furious conviction.

(As an aside to the comedians and entertainers of the world: Gen Z isn’t waiting on you to get your balls back. They are irreverent, funny, smart, and independent, and they will end you)

As a western society, we do not need to be told not to hate, rape, kill or take what isn’t ours to take. These are inherent moralities embedded into our cultural soul. Every child is both the victim and the bully at some point in his or her life; and knowing both sides of that conflict are developmentally imperative and keep us intellectually honest.

The world is sometimes a scary, violent, aggressive place, but one can’t be a hero and a victim. Eventually those advocating for social justice and equality become the oppressors. Their tireless efforts were never about combating hatred, but jealousy and power; for too long they were shut out from the lunch table and picked last in gym.

Shutting everyone else down so that ‘Nanette’ can feel empowered does not make ‘Nanette’ powerful. But ‘Nanette’ finding her voice and succeeding despite (or because of) the tragedy and obstacles in her past will not only make her an unstoppable and immovable object, but will make her even more resilient when other hardship inevitably occurs.