Ask yourself a question. What moral authority do you have over your neighbor? If your answer is anything other than “None, whatsoever,” we have a serious problem on our hands. We live in an environment right now where large sections of our populous and governing bodies, regardless of intention, are both shameless and authoritarian. Shameless, through nature. Authoritarian, through nurture.

First, you need to know that your wholly unoriginal “hot take” on the very real and, for many, visceral issue of removing certain monuments and statues from the public eye is myopic at best and iconoclastic at worst. 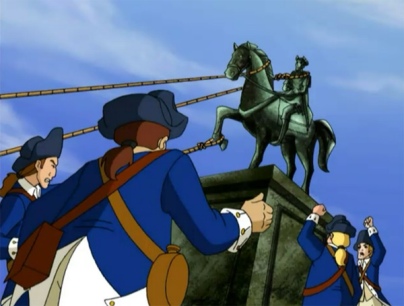 There are two primary “hot takes” circulating amongst those with an outrageous and unfounded sense of moral superiority. The first being, “You lost, get over it. Losers don’t get statues.” This sentiment is very specific to monuments to the American Confederate Soldiers who lost an economic war during a time of political strife over the legality and moral corruption of slavery. Many of these statues simply honor the memory of the over 200,000 conscripted soldiers who fought for a cause they didn’t necessarily have any stake in whatsoever. Should these men, the history and legacy of an entire section of the now United States, not be remembered?

Don’t get it twisted. These are not Nazis. These are children and men who were handed guns and sent to die.

But let’s take “Losers don’t get statues” a step further. Which losers are we referring to? People who were killed while fighting a cause we now find morally questionable? People who were killed or conquered by American forces? Imagine if that were the case. Just for a second, think outside the bun and imagine a group–just ONE–who were destroyed or conquered throughout American History who we now honor the memory of with our monuments to history. Now imagine ripping them down.

The second “hot take” you’ll be familiar with is, “What do you need statues to remember history for? Can’t go to a museum? Can’t read a book?” This one is a little trickier; because clearly the simple answer is: You don’t need statues. They’re expensive, they’re largely obnoxious, and most of the time they’re actually kind of ugly. The same goes for murals.

(There’s a particularly hideous Bernie Sanders mural in South Philadelphia which would fit the categories of both “Loser” and “What do you need this for?” but, I digress…)

The fact remains, murals, statues and monuments are not only how we preserve and remember our cultural history, but how we ensure that it isn’t erased. A statue to an unknown Confederate soldier may, to practically everyone, stand for a victory over an game-changing dark age in American history. But it may also stand for young men who were both emboldened or conscripted to fight and die for a place they called their home, and a system they felt was tyrannical.

We burned the South to the ground. But then we rebuilt it. We wanted to remember, not erase. 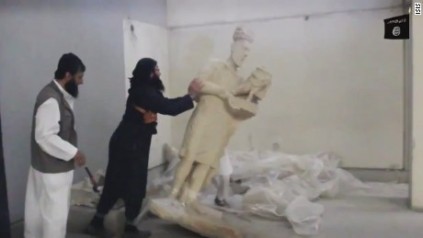 While you snicker at those who correctly compare this new iconoclasm to the cultural tornado of ISIS and Al Qaeda, consider the implications of these actions. What does the removal of one group’s heritage from the public square say about the group who removed it? That they’re frightened? Weak? Intimidated by a historical comparisons? When you destroy or dismantle, or relocate something to the halls of a museum, you’re now putting it in a new historic context. Instead of “this is important to this place, and that’s why it is in this place” you’re saying “this needed to be destroyed or removed from its original place because…reasons.”

While the Left enjoys their culturally genocidal game of chicken, they forget that they won’t always be in the position they’re currently in: given free range to hurl tantrums while the would-be adults in the room cave to their demands. What happens when someone else gets to decide what’s allowed in the public square? Statues of Malcolm X? Statues of Lenin? Your only true respite is that the side that you claim to fight is not as keen on ripping shit down as you guys seem to be.

Lastly, you can scoff about the exhausted notion of the “slippery slope,” but it’s been validated with near metaphysical certitude on practically every occasion. It didn’t even take a whole 24-hours for the angry mob to move from memorials of the Confederacy to statues of former Presidents…to statues in memory of Philadelphia’s perhaps most venerated cop and mayor. 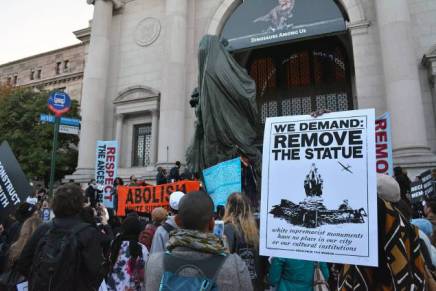 But, hey, it’s easy to call the other side “fascists” when you’re the ones destroying art, monuments and culture, right? Especially when the culture you’re destroying isn’t your own.

There is certainly a debate to be had on the subject of Confederate Memorial statues. There’s always a debate. But that debate should be had where they exist and should be of literally negative impact and concern to anyone outside of where they exist.

The fact that people in New York or LA have a say in how the Southern States remember their heritage and history is, frankly, mentally ill. It can not be understated how dangerous of a notion it is for one politically motivated group to decide what statues are allowed to remain.

1 thought on “Your Hot Take on Statues is Garbage”